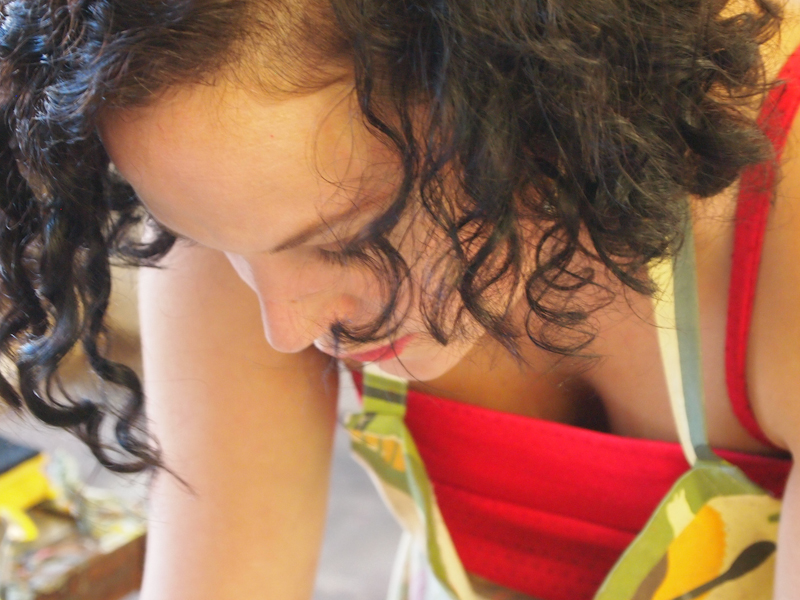 My first memories are faded wisps, a gray suit, the bells at the hem of my favorite dress, 25cent bubble gum, a man in a doorway, my cousin crying. The funeral of my grandfather Ralph Amalfitano is all that I know of him. He was not often spoke of, moreso now that my grandmother is coming closer to her passage. I am now around the same age as my mother was when she lost her father to cancer.
“My dad was diagnosed with metastatic lung cancer that went to his bones on Nov 20, 1981. I went with my parents to hear the diagnosis, but as soon as the doctor showed us the x-ray I knew it was a death sentence. My dad’s last 6 months of life were agony. My mom became so run down from taking care of him that she became extremely anemic and needed to be rushed to the doctor. I almost lost both my parents because my dad smoked in hiding in the garage. I found twenty, one gallon paint cans full of cigarette butts in his hiding place.
My dad was so thin that last Christmas but he still glowed when he saw Candace and Jason his grandchildren. I flew into NYC every weekend the last 4 weeks of his life. He spoke to me frankly about his regrets and how much he loved our mom and felt he didn’t do right by her. In the last week I asked the doctors to stop the blood transfusions. Imagine having to make that decision. I knew it would end his pain and his life. He died on June 12, 1982. I think about what could have been. What a loss, that my kids grew up without their grandpa. ” quoted from Rita Amalfitano, daughter of Aurora and Ralph Amalfitano, mother to Jason and Candace Amalfitano Goodrich